Eire orders 120 Wrightbus double-deck electrical buses; as much as 800 over 5 years 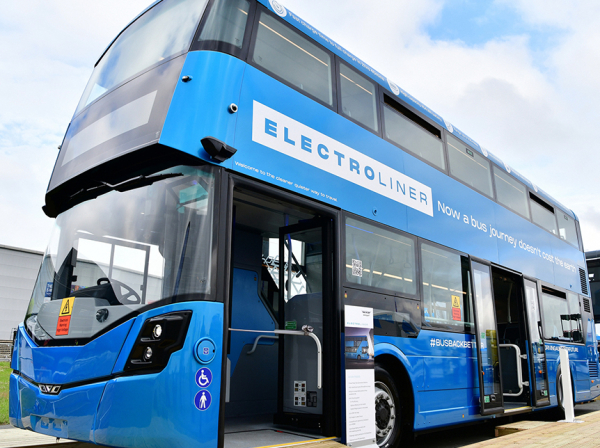 Eire orders 120 Wrightbus double-deck electrical buses; as much as 800 over 5 years

Eire’s Nationwide Transport Authority (NTA) has ordered 120 double-deck battery-electric buses from Bamford Bus Firm (buying and selling as Wrightbus). These 120 buses are a part of a framework settlement which gives for the procurement of as much as 800 zero-emission battery-electric buses over a interval of 5 years.

The buses—Streetdeck Electroliner BEVs—will probably be manufactured and assembled on the Wrightbus facility in Galgorm, on the outskirts of Ballymena in Northern Eire.

The framework settlement now in place between the NTA and Wrightbus has the potential to be the only greatest bus procurement within the historical past of the State. These would be the first battery-electric double-deck buses to be added to the nationwide bus fleet in Eire.

This deal is a serious element of the general technique to decarbonize the nation’s PSO public transport fleet.

This preliminary order for 120 buses represents an funding of some €80.4 million.

Commissioning and coaching actions will get below manner later this 12 months, as will work on putting in the required charging infrastructure. The primary buses are anticipated to enter passenger service in 2023.

The buses will probably be outshopped within the inexperienced, white and yellow Transport For Eire (TFI) livery which is in the midst of being utilized to all buses and coaches within the PSO fleet.